U2 - Where the streets have no name. 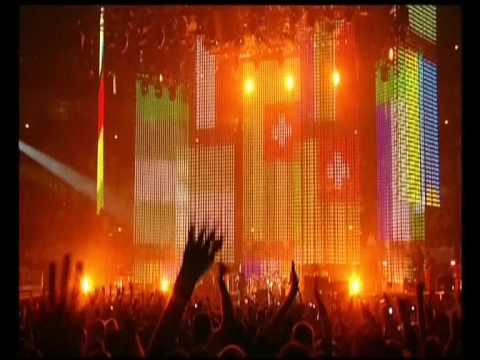 The history of music probably goes back even before human beings started talking, at least that's what no less of an authority than Debbie Harry (Blondie) thinks--she has suggested that she thinks music predates language.  It makes sense that the first cavewoman trying to get her newborn to be calm would have hummed.  Maybe even before cavewomen, before humanoids evolved into humanoids, that melodic humming was soothing or suggestive or expressive.  If you've ever heard a cat purr, heard a dog bark (Fraser "sings" for his supper and when he sees me put on shorts and running shoes), heard birds sing, or felt like your head was exploding from the pressure of cicadas' incessant and rhythmic monotone, then you know that sound is a pretty big deal to most living things.

What the humans figured out is how to layer mere sound patterns with poetry, however bad it might be (witness the lyrics, "Lord, preserve us and protect us; we been drinking whiskey for breakfast...").  It's one thing to sit in a drum circle, but it's another thing when somebody starts rapping on top of the rhythm; some cowbell, simple bass lines, and a basic guitar riff are all nice, but when Mick Jagger starts singing "Honky tonk women give me, give me, give me the honky tonk blues" (amazing verse, no?) the rhythms come alive and I am both happy and sad (the blues!) at the same time.  Music is so primal.  When music is good or better it kicks our ass before we know what hit us; good music gets inside us and shows us the truth before we have a chance to pretend it away.

Music changes us, heals us, hurts us (I have several albums that are in quarantine right now), takes us places, gets us fired up, and soothes us.  Music changes us.  There is a reason that Stalin banned Tchaikovsky, that white suburbanite parents didn't want their kids listening to the blues in the 50s, that churches sing hymns, that movies have soundtracks, that we go to concerts, or that we spend so much our money on music.  Music, lyrics and accompaniments, gets to us because it gets behind the barriers our intelligent brains insist on building.

For me, U2 changed everything in how I saw the world.  The way I grew up, I thought spirituality was reserved for church; little did I know that everything in the world was charged with spiritual power.  When I took home The Joshua Tree, I put my stereo speakers in my window and went outside to do homework with the album playing in the background.  The first chord progression on the album at the beginning of "Where the Streets have No Name" made me put everything down--it freaking made me do it--and just stare at the sky and listen.  No, I didn't listen; I heard.  I was changed, converted to a way of connecting that took me deeper into my soul and the soul of all living things than all the doctrines of all the churches ever could.  In my mind, I saw dust clouds floating away and my life moving and fading and rusting.  I had a clarifying moment.  Over the years, at the times when I have felt most lost, The Edge's riffs balance me, especially in that one song.  Even now, 25 years later, that song and the rest of that album are everything and they make me part of everything--full of compassion and confusion, hurt and life, joy and love.  I can't help but believe that that feeling makes me better, more my true self and less my pretend self who is just all need and want.  U2's music changed me then and, in fact, still does.

Send us your story, your songs over on the Connections page.  We'll put together a whole gig around the stories, the pictures, the music that folks send us.  I venture a guess that music brings us together in ways we could never have imagined.

I tend to get excited about new stuff, even new realities. Granted, they aren't all great, but there's something exciting about fresh starts.

Man, it's wild reading stuff that I wrote a year ago. It boggles the mind to consider how much changes in a year.

Why the hell is it that so much of life makes me have to wait for...whatever?

So okay.  We all do this freaking great job of declring to the world what we believe and intend to believe for the rest of our lives.

I couldn't help but get caught up in the Carolina Rebellion this weekend.