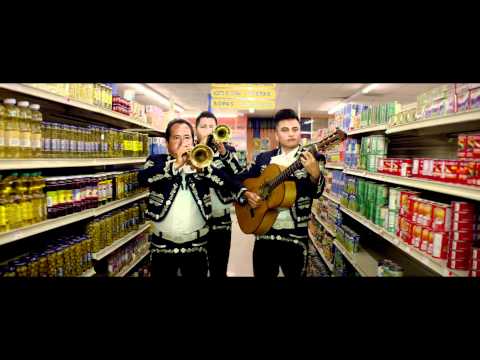 So, by a stroke of dumb luck (no, I don’t believe it was in God’s plan), a friend just happened to have tickets to the Train concert the other night.  So, even though I somehow missed most of their music, I went to the concert because I love live music, especially out at the NC Music Factory-- I love the energy of live music, the sense of anticipation, and how excited the crowd gets when the band starts.. It was cool when the drummer came out, then the trumpet player, then the rest of the band, then Patrick Monahan, the lead singer. Their first song was “50 Ways to Say Goodbye,” a kind of mariachi-sounding song that was perfect for an opening song, so much so that I bought the album it came from.

The song is about a guy whose girlfriend dumped him leaving him at a loss for what to tell his friends—and I suspect at a loss for how to understand the incident for himself.  The mariachi trumpet and guitar makes it sound even more like something from a silent movie, while the lyrics are, well, hilarious as he goes through a bunch of lies stating how she died tragically.  The pain is the whiskey, the ironic (if not pathetic) humor is the mixer (one of the lies to explain her death is that she “got run over by a crappy purple Scion—who thinks that up?), and the truth of his own sense of loss adds the bitters right in the middle of the song.  Would it be easier on him if she had died?  Making up lies is one way we deal with our sense of loss, I guess.  Anyway, I’ve been trying to figure out why I can’t stop listening to the song this week.

So what I figured out is that it’s melodramatic (so am I), it’s got a catchy melody (who doesn’t love a good melody?), it’s got legit truth in it, and it is not afraid to be ironic, even about itself (which, really, don’t we all need to adopt a wee bit of irony about ourselves?).  As a pop song, it has hooks to get us sucked in:  be sure and notice how the verses are that sad mariachi thing, but the chorus parts are pure rock-pop, complete with the beefy bass and “big string” guitar lines, and a driving up-tempo “four on the floor” beat. (what’s not to like?).  But for all of the “grab your attention” elements of the song, the question still remains:  dude, why do you have to lie about what happened to the girl who dumped you?

The truth is that it’s hard to face the straight truth without a chaser, sometimes, so we make jokes and amuse ourselves with our own little lies to get us through the pain.  In fact, irony is probably not the worst way to cope, you know.  At least when our attitude is ironic we are both aware of the truth (whether it was our fault, someone else’s, or just dumb luck) and managing the pain, right?  Unfortunately, it’s easy to get stuck there, or worse, to let our irony and sarcasm turn into cynicism.

So, how do you deal with the truth that hurts too bad to speak it out loud?