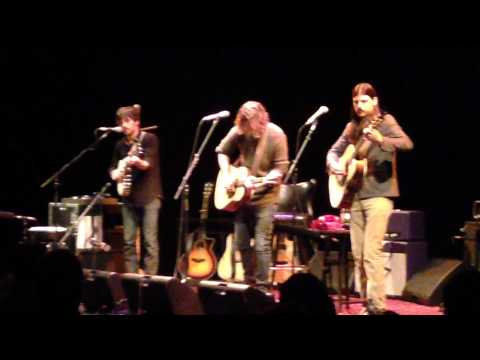 Okay this is to be a way bit self-indulgent.  I have to work out my crap in front of God and everybody.  The other night at the Knight Theater in Charlotte (a joint that was a bit too classy for my rock tastes) I went to see one of my favorite singers and song writers, Chris Cornell.  I can't remember the first time I heard the dude's voice, but I remember riding in a friend's car to Georgia and her playing "Slaves & Bulldozers" (Soundgarden).  That song floored me because he was singing with that voice that could have been the best hair-band singing, but the difference was that he clearly had something to say--I paid attention.   Unfortunately for me, I took a hiatus from hard rock for a minute, but everytime I heard his voice I knew who it was and I couldn't stop listening--his train wreck (a positive thing) of a squalling voice never let me get too far afield.  And even when his poetry was simply out there, if I took the time to start listening, I almost always found myself in the middle of a world of his creating, only to discover that it was really my world, too.  He's got one of the best rock voices of all time and those lyrics that bubbled up out of our collective unconscious speak for parts of me that I generally try to keep caged up.  But when I saw him solo and acoustic the other night, he kicked my ass with a gusto I wasn't prepared for. Turns out he invited the Avett Brothers to hang with him for three songs.

When they played Pearl Jam's "Footsteps" it was awesome, but when they hit into the Avett's song "Vanity" and Cornell came in on the second verse, I was startled (though not surprised) that I teared up.

See, connections of songs and singers and sounds and the rest of the audience and memories and me create energies that I really don't fully understand.  I just know that it was a perfect song, and a perfect moment.  Even the recording I'm putting up here doesn't do it justice.

My dad always used to quote Ecclesiastes (a book in the Bible for those keeping score at home) chapter/verse something  that says, "Vanity, vanity. All is vanity."  My dad never sounded like either the Avetts or Chris Cornell, but the memory of his frequent scriptural citation hit me at the same time as Cornell's voice during a season in my life when I'm uncertain about what I'm supposed to be doing with myself--so "I've got a plan for today" but as these things often end up "it's all vanity, all vanity.

I didn't have any great epiphanies that I had discovered the meaning of life or telling me what to do or be from day to day, but there was some odd peace that there were at least three other people in the world who share the experience.  Of course, the truth is that I think there were a lot more folks in the room who got it, too, and there are a lot more all over who get it.  And the thing is that all the plans and all the love and all the life, it's just so brief that one can truly get consumed thinking about what it all comes to. Yet, because the song is so simple, it makes me wonder if that simplicity might not just be the whole point--all the books in the world about what "vanity" means, and the simplicity of a song staggers me.